The UK’s vote to leave the EU will not only break the ties between the UK and the bloc, and probably between Scotland and England — it has the potential to destroy the eurozone. This is not the issue at the forefront of people’s minds right now. But it is potentially the biggest impact of […] 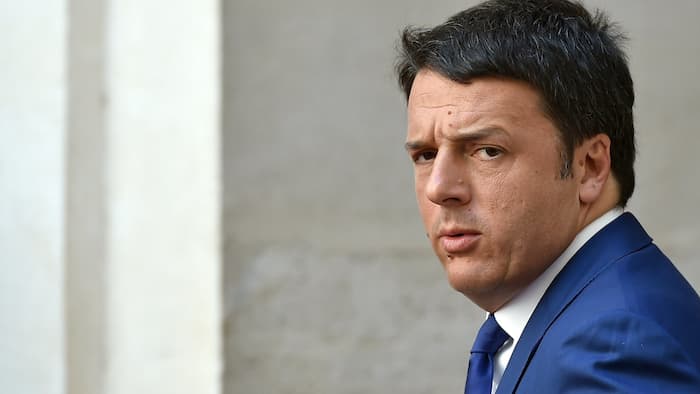 The UK’s vote to leave the EU will not only break the ties between the UK and the bloc, and probably between Scotland and England — it has the potential to destroy the eurozone. This is not the issue at the forefront of people’s minds right now. But it is potentially the biggest impact of all. I am convinced Brexit’s consequences will be neutral to moderately negative for the UK but devastating for the EU.

The main problem is not other countries wanting to hold EU referendums. The problem is more acute. The next referendum to be held in the EU takes place in Italy in October. It is not about the union but about Matteo Renzi’s constitutional reforms. The Italian prime minister is taking a gamble which is no less risky than David Cameron did.

He is asking the Italians to agree a number of reforms to streamline their political system. The proposals are sensible. But Italians view the referendum as an opportunity for a midterm anti-government vote. Mr Renzi promised he would resign if he loses. If he does, it will have been a monumental error of judgment on the scale of Mr Cameron’s. Opinion polls have been showing a small lead for Yes but they are likely to be as unreliable as those in the UK. My Italian friends are telling me Mr Renzi may well lose, in which case he would either resign immediately or call elections in early 2017.

The implications of Brexit for Italy are extremely troubling for three reasons. First, consider the economic impact. Italy’s economy has been in a weak recovery after a long recession. The British vote will have a significant effect on growth in the eurozone. But for Italy this means a reversion to a growth rate to below 1 per cent or worse.

Second, watch out for the Italian banks, which are woefully undercapitalised. A recent scheme to recapitalise the system has been a disappointment. The only options left to save it are a programme under the European Stability Mechanism, the rescue umbrella, which Mr Renzi will surely resist, or a break with a long list of EU rules on competition policy and bank bailouts.

Third, and most important, the political impact of a lost referendum will be disastrous. Either Mr Renzi keeps his promise to resign or he limps on to the next election. The technical details of the scenario that would then prevail are complex but the party most likely to benefit is the populist anti-establishment Five Star Movement. Beppe Grillo, its leader, last week reiterated his call for a referendum on Italy’s membership of the eurozone. As the results of the recent mayoral elections in Rome and Turin have shown, Mr Grillo’s party should not be underestimated.

The political dynamic in Italy is not much different from the one in the UK. The electorate is in an insurrectionary mood. The country has had virtually no productivity growth since it joined the euro in 1999. The Italian political establishment has until recently been as dismissive of its chances of losing the referendum as the British establishment was until Friday morning. They are still dismissive of the chances of a Five Star victory — and will be until the moment it happens.

In my view, that outcome is at least as probable as Mr Renzi emerging victorious from this mess. The Italian public has reasons to demand fundamental change. Unlike in the UK, unemployment there is high. Mr Renzi’s own administration has failed to break with corruption scandals and, most important of all, has failed to sort out the country’s economy.